Bitbucket is a cloud hosting service on which the remote repository of the UltraZohm is hosted UZ Repository . The source files and pull requests in the repository are public, while the issues are private. Therefore, one has to be registered at Bitbucket and request access to the repository at one of the maintainers. Please use a descriptive user name and work-related mail address.

The Bitbucket features Issues and Pull Requests are used to structure the technical discussion around the UltraZohm.

The issue tracker is used to keep track of all issues with the UltraZohm and its documentation. Issues are bugs or problems with the system / the source code / documentation of the system and should be reported.

In the ultrazohm_sw repository, you can click on issues to get a list of all open issues.

Before reporting an issue, check if this issue already exists. You can sort the list by module and use the free text search.

If the issue does not exist, report a new issue by clicking on Create issue.

How to use the issues

In the Create a pull request plane, you can choose which branches should be merged. Choose your feature/branch on the left side and develop on the right. Give the merge request a useful title and describe what the changes do. The commit messages of your feature/branch are automatically added. 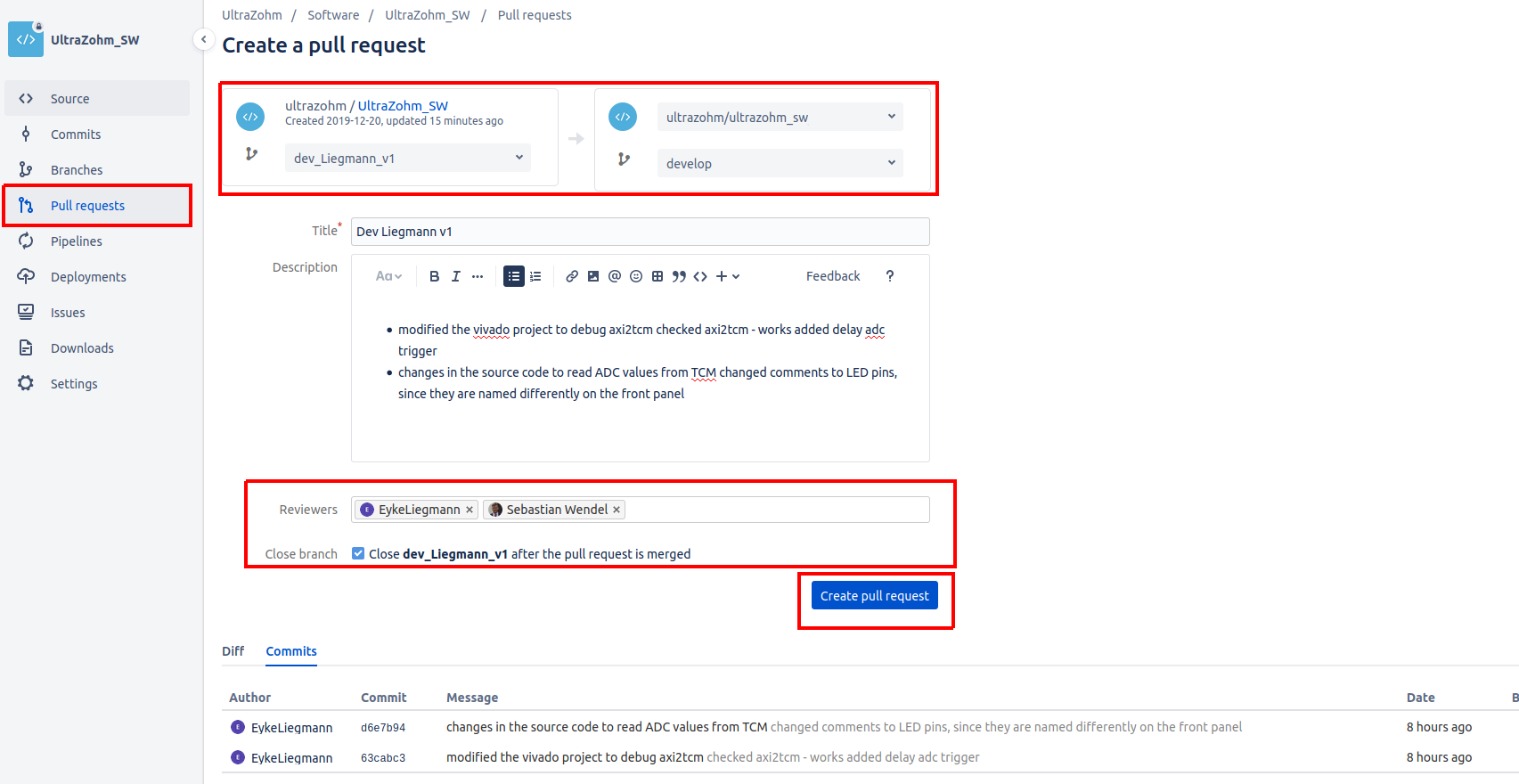 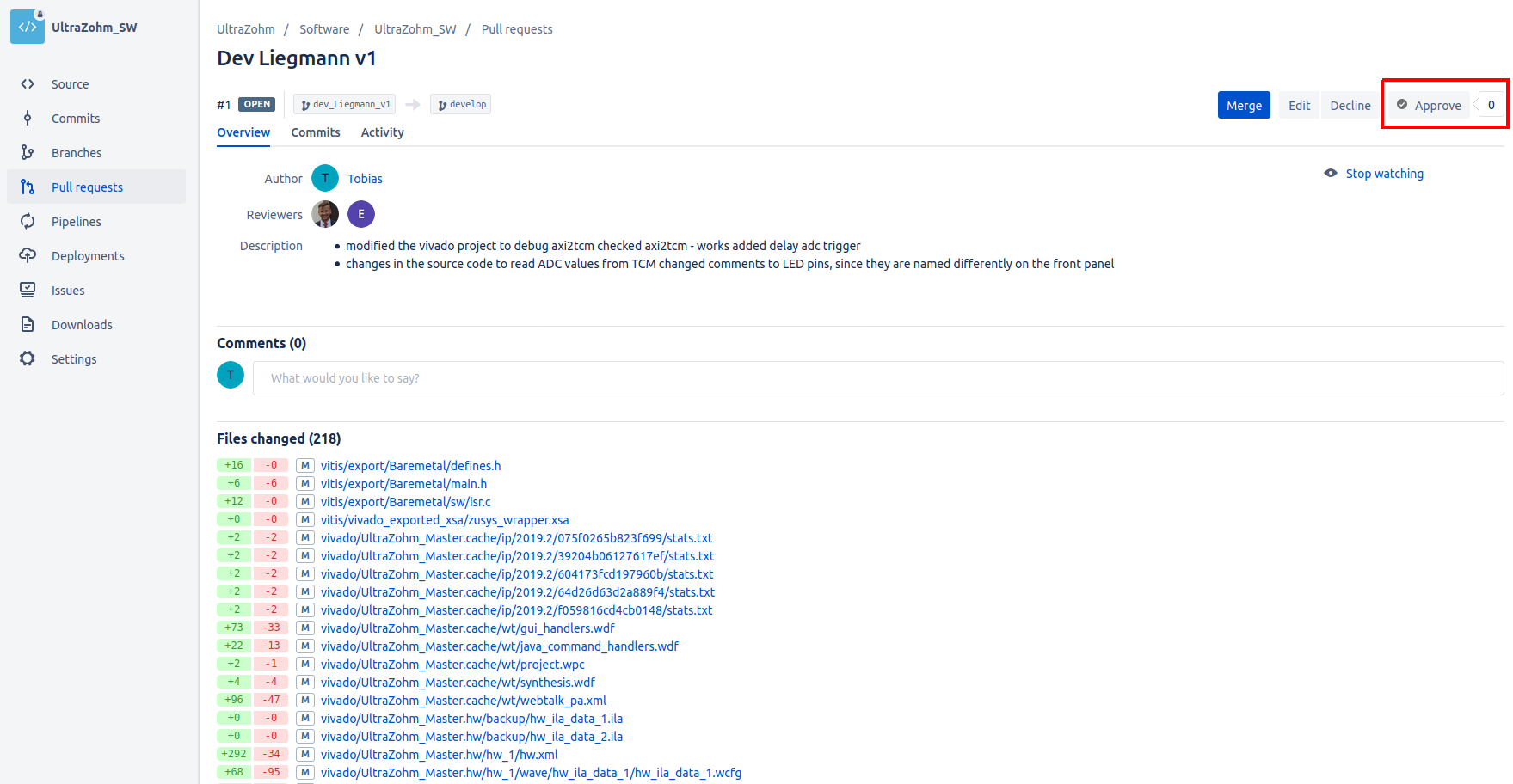 Documentation on how to resolve issues automatically can be found here. Alternatively, you can use Smart Commits. With smart commits, you can process your issues using special commands in your commit messages. You can: